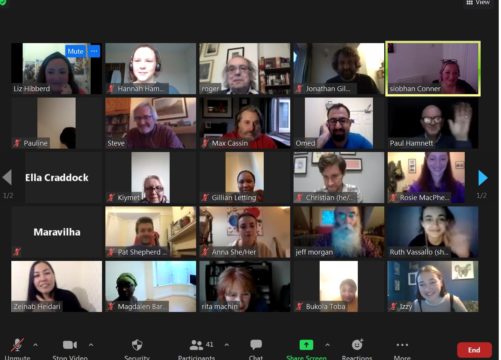 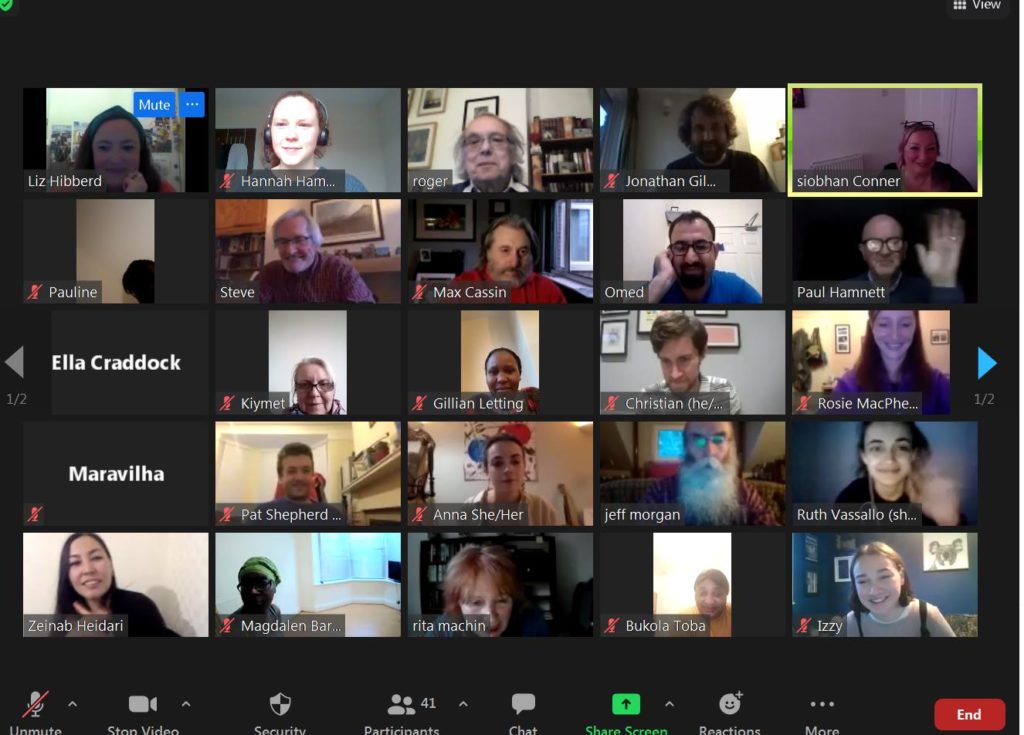 We have to tell you about The Big Conversation we hosted last month – it was incredible! We spent two hours together, playing games and activities as a whole group of almost 60, before breaking into groups to take part in smaller group activities like dancing, singing, quizzing and the like… it was just amazing. Thanks again to our volunteers and trustees for organising and making sure all the tech stuff went well, and thanks to our wonderful facilitators from Olympias Music Foundation, OddArts and Afrocats – they made the sessions so engaging and fun!

Here’s the poem from the creative writing session hosted by Leila and Curtis, it’s contrasting the feelings of isolation due to the lockdown and community, like MCoS.

Isolation tastes like an ice cube, cold alone. Nobody coming to help.

Community tastes like hot chips, because you can’t just have one.

Isolation tastes like a spicy food, because It’s difficult to eat.

Community is a big biryani that we all sit around and share, and eat together.

Isolation smells like cooking fish, lingering, that you can’t get rid of, leaving a stain on your memory

Community smells like a bakery shop bringing us closer together.

Isolation smells like greasy food, stodgy and beige and sticks to everything.

Isolation smells like a food bin, disgusting and left for days.

Isolation sounds like the wind, with the occasional banging of plates, clapping for the NHS.

Community sounds like a burst restaurant full of laughter and different voices.

Isolation sounds like the birds and the absence of cars.

Community sounds like a hundred languages in one voice

Isolation feels like the cold, no matter what you do you can’t get warm.

Isolation is like a high fever that nobody wants to touch.

Isolation is like sandpaper that cuts you when you touch.